Don’t worry…I have a lovely trip for us to go on next. 🙂

Until then, as referenced on my “About” page…this is one of those random photo shoots.

I’m guessing that some context will help make this a little less weird. Not much less weird, but a little, anyway…

About five years ago, I became intrigued with pin up style and started acquiring vintage inspired and vintage reproduction clothing. I felt like finally, I was wearing clothing that made me look non-traditionally pretty and made me stand out (in the good way, not the crazy way). This was HUGE for me…what with me being one of the only women in the world who felt self-conscious about herself. <—– that’s sarcasm, by the way

I found a few companies who made items that I loved and through the Facebook page of one of those companies, I found a community of amazing ladies who were fans just like me. Five years later, I have some of the most wonderful friends and they live all over the planet…all while looking ridiculously gorgeous and stuff.

Soooo…at some point, I decided, “I think I want to do a pin up photo shoot, but not in underwear…is that even allowed? Are there laws about this kind of stuff?”. Turns out, there are not laws against doing pin up photo shoots in something other than underwear or bathing suits…who knew?

Through one of my new friends, I met a photographer named Alica with Scarlett Peacock Photography. She had taken kick-ass pictures of some of the ladies I knew and I requested that she make me look all fancy and crap. She said she would be happy to and I was thrilled!

Alica calls me a few days before our scheduled shoot and says, “Hey, can you do a second shoot the day before? I have an idea for a Day of the Dead pin up style themed shoot and I want to practice on you.”. I thought about it for three whole seconds and said, “Ummm…HELL to the yes!”. I mean, come on, people…how do you say no when someone wants to paint your face like a skull and take pictures of it?? You just can’t. In fact, I’m pretty sure there’s a law against not doing it. And, I am not a law-breaker (as far as you know).

The photo set below is the result of that idea. I hope you enjoy them.

This is actually how I show up to most client meetings. 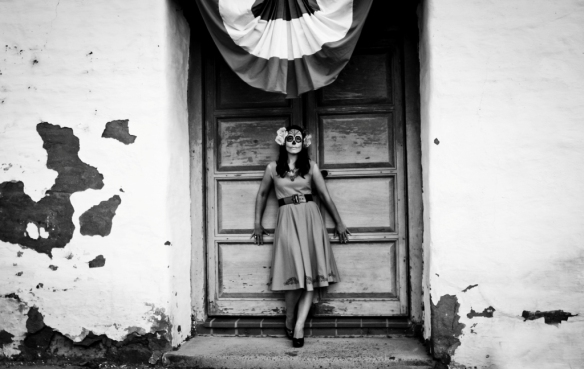 I am NOT creepy. YOU are.

All I did was look at the wall and the plaster fell off. 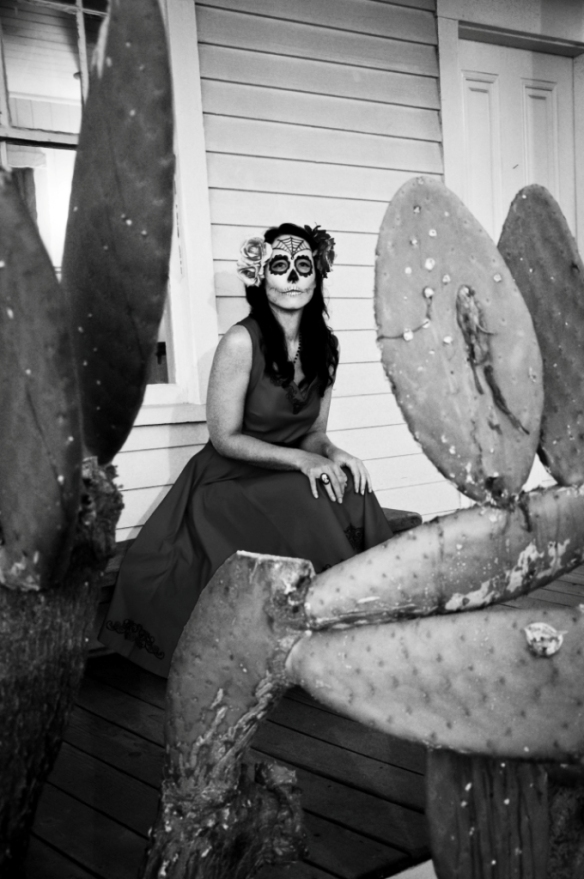 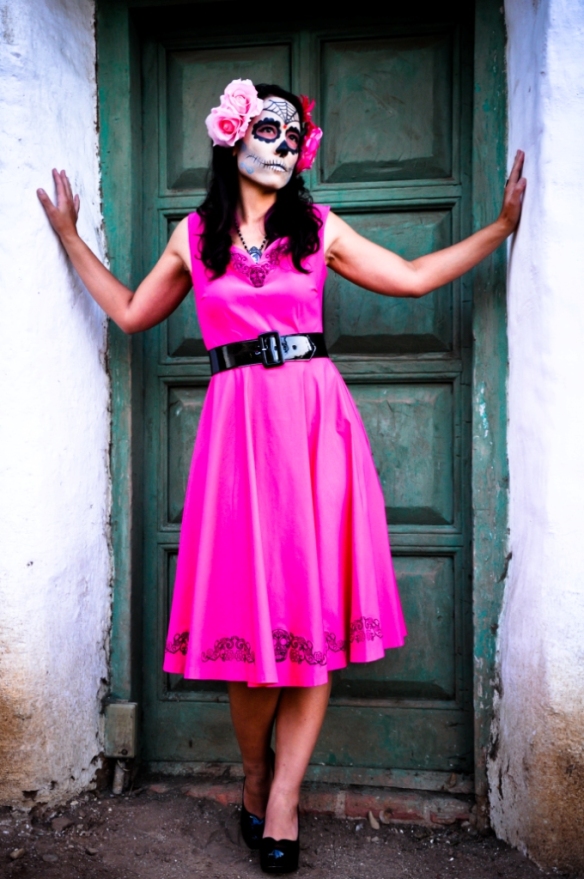 Being a skeleton in a pin up dress is exhausting. I need help standing up.

WHAT did you just say about your bone?

Yep…this post has been tagged with the word “bone”. Because I’m classy, that’s why.

After our photo shoot, we had dinner in the same area. I posted this on Facebook shortly after…

People keep staring at me. Whatsamatta? You’ve never seen a chick with a skull face and a pink party dress eating Chile Colorado before?

My favorite story of the evening…sitting in full skull face makeup at dinner post photo shoot with three strikingly beautiful ladies…a man in his 60’s walks up, looks at all of us and yells, “YOU WANNA GO ON A DATE??”. The sheer volume of his voice made one young lady jump in her chair. We laugh and look puzzled and then he zeroes in on me. He says, “You look really good!”. I say thank you while trying to not giggle with my ridiculous skull face. Then, he busts out with, “I just got here from out-of-town and I’m with my friends…will you come into the bar with me and tell them you’re my girlfriend???”. I say no, thank you and he puts the cherry on top with, “It’ll only take a few minutes…I’LL PAY YOU 20 DOLLARS!” The ladies all look at me, like, ‘Well…it is good money…” I decided that if I went with him, I might not have come back, so bottom line…I missed out on 20 bucks.

Thank you for joining me and stay tuned for the next adventure!